I have fully embraced the world of social media since its inception, or at least since my knowledge of its inception. The only time I’ve ever used code is to personalize my MySpace. Yep, you read that right. So it’s a bit embarrassing to admit that I never really understood the draw of Twitter. I was a Facebook girl. All of my friends and “friends” are on Facebook and very few even have Twitter. Facebook lets me drone on and on for pretty much as long as I would like, while Twitter limits me to 140 characters. So I created an account…honestly, because Brad Paisley kept talking about tweeting (it was a phase, guys) and then never really did anything with it.

Then one day my principal, Heath Harmon, said something about using Twitter to build a PLN. I didn’t even know what a PLN was. In case you still don’t know, it’s a Professional Learning Network (I think). So I tried it out. At first I just followed a few people from the school and still didn’t see what the big deal was. Then my new friend and coworker, Theresa Shadrix, took my phone from me during one of Mr. Harmon’s PD sessions on using Twitter for education and followed a bunch of people for me. I started seeing all of these weird tweets on my feed that looked like this…

What. In. The. World? Right? So I kept watching to see what they were doing, and I realized they were chatting. The A1 stood for answer to question 1 (Q1), and the hashtag identified the group that was chatting. Cool. I’ll try it out. 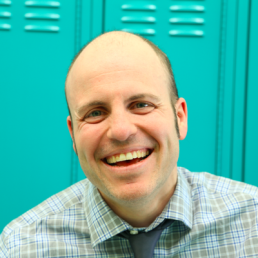 This is Dan Ryder or @WickedDecent as he’s known in the Twitterverse. At the suggestion of Laura Fleming, my Across the Hall cohost, Cade Somers, and I reached out to Dan to ask him if he would be willing to talk to us on the show about makerspaces. He graciously agreed. During that interview, Cade and I were so blown away by Dan’s sense of humor, wisdom, and creativity that we knew instantly what a blessing it was to get to speak with him in person (well, via Zoom). In that interview, Dan talked a great deal about design thinking, something Cade and I knew incredibly little about. Design thinking has now invaded my classroom because of it. But Dan didn’t stop with the interview. To this day, he shares our podcast episodes with his troop of followers and offers support and encouragement for our show. When I have questions about design thinking or need to vent about negativity coming my way, Dan is there to encourage me and to make me laugh. I joke that I am the president of the Dan Ryder Fan Club, but I very well may be. I guess I should get some shirts made, huh?

I noticed that one of my colleagues, Holley Harmon, kept tweeting quotes from a book

she was reading. The quotes were quite inspiring, so I asked her about it. It was Make Writing by Angela Stockman (@angelastockman). Fresh off our interview with Dan Ryder about makerspaces, I was intrigued. I reached out to Angela to ask if she could talk to Cade and I on our podcast. She was very willing and seemed genuinely appreciative to be asked. When our schedules finally aligned, we had Angela on the show. Let me just say that I have never in my career met anyone more knowledgeable about writing instruction than Angela Stockman. She is a genius, y’all. She challenges me in ways I have never been challenged when it comes to teaching writing. Almost immediately after our interview, I had to try some of her strategies. I am going to blog about this next, so I won’t go into much detail here, but let’s just say I saw a major transformation in the students’ work! Not only is Angela a genius, she is an encourager. Since the interview, Angela has been so supportive of our podcast and of me. I have joined her Facebook group, Building Better Writers, and the work she does on a daily basis will blow you away. If you aren’t already connected with Angela, you need to connect with her NOW. You will thank me.

Chris Nesi is the host of the podcast, The House of EdTech. I was connected to Nesi (as I like to call him) through a coworker, Adam Clark, who listened to his podcast and asked Nesi to join our Voxer group about…well, podcasts. A few teachers at our school were interested in starting a podcast, so Clark figured we could use some advice. Enter Nesi. Nesi has so graciously volunteered his time and advice to this group of teachers from Alabama he has never met before because that’s what true educators do. Our school system was so grateful for the time he spent with us on Voxer during the summer that they actually flew him to Alabama to meet with us in person. Yes, I have hugged Chris Nesi, y’all. He may not be from the South, but he’s got as much Southern charm as any Bama fan you’ll ever meet. Go subscribe to The House of EdTech and see for yourself.

Matt Miller (@jmattmiller) may have b

een the first “education superstar” I followed religiously on Twitter. Matt caught my attention because of his Ditch That Textbook philosophy and then held my attention with his spunky personality and great ideas. I ditched my textbook several years ago and was glad to see I wasn’t the only one who saw the limits of having one book from which to choose materials for my classes. When I found out about Matt’s Ditch Conference, I signed up right away. This online, on-demand conference was eye-opening. I was able to hear these amazing educators explain in great details some of the things I had only heard mentioned on Twitter. So it’s no surprise that when Matt and Kasey Bell (whom I also adore) started a podcast, The Google Teacher Tribe, I subscribed right away. But I don’t even include Matt on this list for all of those reasons. I include Matt because when Cade and I were getting started with our podcast,  I had questions. So I sent them straight to the podcast host I already knew had the answers. And he answered me. Almost immediately. He could have just given me a quick answer to appease me, but he didn’t. He really took the time to answer my questions and to encourage me. I know he is super busy with all he has going on, and it meant a lot to me that he would use what little time he had to offer support to a fellow educator and podcaster. Matt now has a new book out that he wrote with Alice Keeler titled Ditch That Homework. Give it a read. 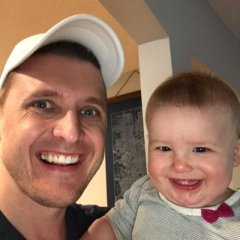 And last but not least is Joey Taralson. Joey is one of those people who just make you smile big. He is Head of Engagement at Flipgrid and was Cade and my first interview for our podcast. He took the time to interview with us with absolutely no clue what he was getting himself into. He brought sheer excitement and knowledge with him. He is so darn smart, y’all. He is also just one of those people who makes you feel like you can do anything. His passion for education is palpable, and his love of people is, too. Through Joey, I was connected to the Flipgrid community and was invited to be an ambassador. What ambassadors see that others may not is the insane work ethic this man has. He is on the ball all the time. If you don’t already follow Joey on Twitter or are not part of the Flipgrid community, join now. The hashtag is #FlipgridFever if you want to participate in one of the amazing chats. The chats are incredible and so jam-packed full of great ideas for using Flipgrid in the classroom. Thanks for being you, Joey!

And that’s a wrap on my praise fest for the day. There are obviously many other members of my PLN that deserve a celebration, but these five have been critical in getting me addicted to building my PLN because of their unwavering support, encouragement, and positivity. Thank you all for pouring into my life as an educator. You are appreciated.